So we have been super busy recently, but we still wanted to get into the spirit of Halloween and have a go at making some treats (whilst cheating a little bit).

We have taken the quick way for some parts, so its very easy for you to do if you are in a rush or just want to do something quickly for the kids!

The first was simply a rice crispy pumpkin! All you need is some mini marshmallows, rice crispies and we used orange and green food colouring. You’ll need to do two separate ones because of the colours.

The second was even easier! – (because we may have cheated). All you need for this is some cookies, mini marshmallows and red icing or writing icing. 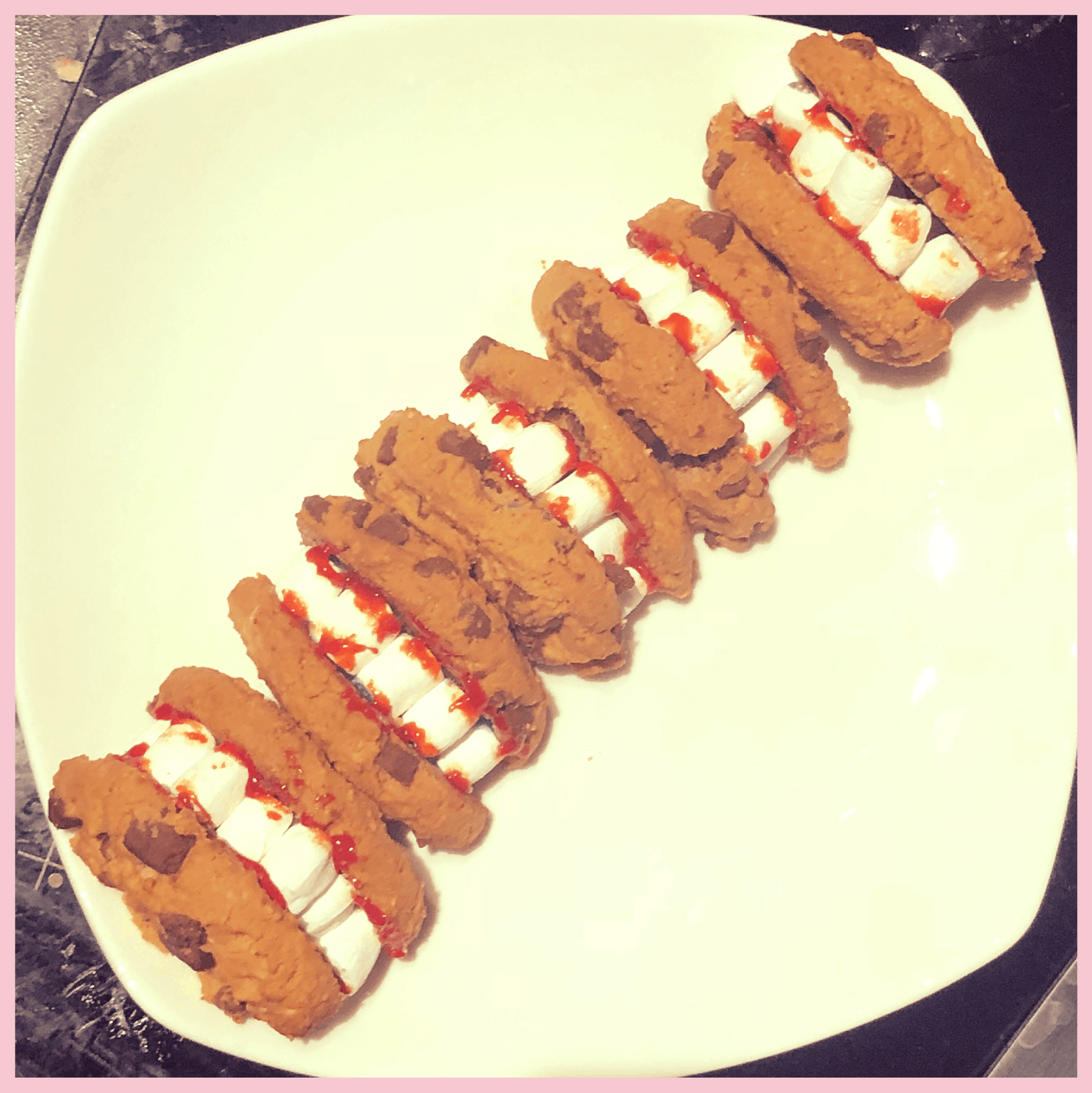 As simple as that!